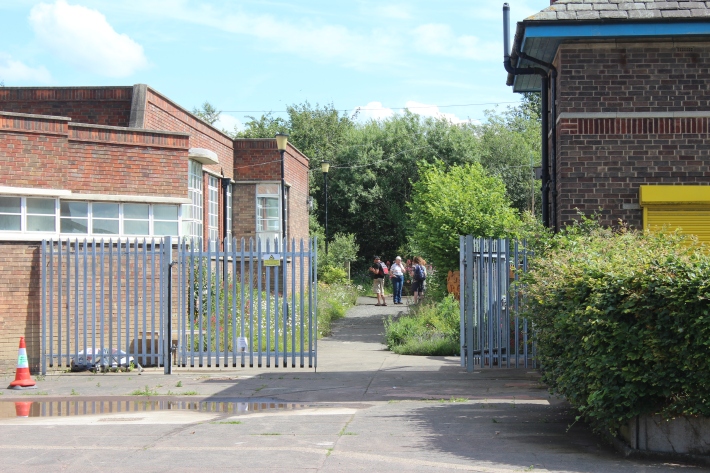 Scotswood Natural Community Garden is 20 years old this year. I’ve just got back from a trip back to Newcastle upon Tyne for the birthday celebrations. We were entertained by the Hawthorn Primary Orchestra and the Red Eyed Wolves, and ate delicious food cooked in our bread oven.

It was an emotional occasion: I’d designed the garden back in 1994-5 as my first permaculture design, whilst living in Newcastle. From March 1995 onwards, we’d planted hundreds of trees and shrubs (many of them fruit trees) which have now, 20 years on, reached many metres in height. We’d also sowed bucketfuls of wildflower seed which had now naturalised.

I walked around the wild, unmanaged areas with a visitor and she remarked how that you wouldn’t know that anything had been planted: it seemed completely natural. I took this as a complement. The garden is only two miles from the centre of the city.

Other areas had been planned as special, even sacred, spaces. One in particular was hidden away. You have to discover it for yourself, or be told about it. It consisted of a holly circle with an oak at its centre. The oak had reached up to the light, and on its trunk had been attached a number of thumb pianos.

In the centre of the garden is a large pond with dipping platform. We stood and watched newts coming up for air, the water soldiers c0-existing with the pond lilies, blue damselflies mating and a hawker dragonfly slowly emerging from its larval case. This would have pleased my colleague in those early years – Ian Cameron – a fellow gardener who loved water in all its forms and was responsible for the many water features.

At the beginning the garden was one half of an old playing field. I spoke to one of the trustees and he said that whilst he and his colleagues were worrying about money, redundancies, and the garden’s very future, the garden itself carried on quietly evolving till it reached its present state – which, of course, is still only a snapshot in time. The next time I set eyes on it everything will have moved on further. 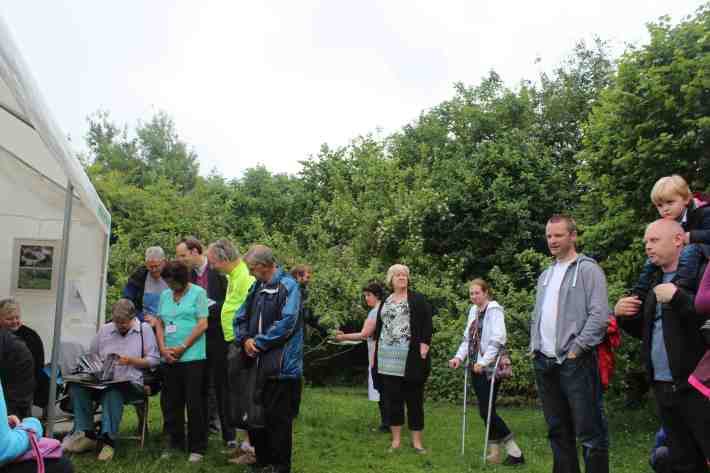 I gave a little talk about the garden and tried to express the sense of wonder I felt about being intimately involved in its beginnings, moving away and then coming back to see it mature. I had imagined it being like this. It had been a loose design, but a design nevertheless, and had worked in the sense that it continued to delight those who visited. I paid tribute to the hundreds of people who, as volunteers, staff, supporters and members of numerous organisations, had helped make the garden what it now was.

I live in Kintyre, the long peninsula acting as a natural breakwater for the Firth of Clyde, west of Glasgow. A Permaculture and Transition practitioner, I am working with fellow community activists to co-create a resilient and vibrant local bioregion.
View all posts by edwardtyler →